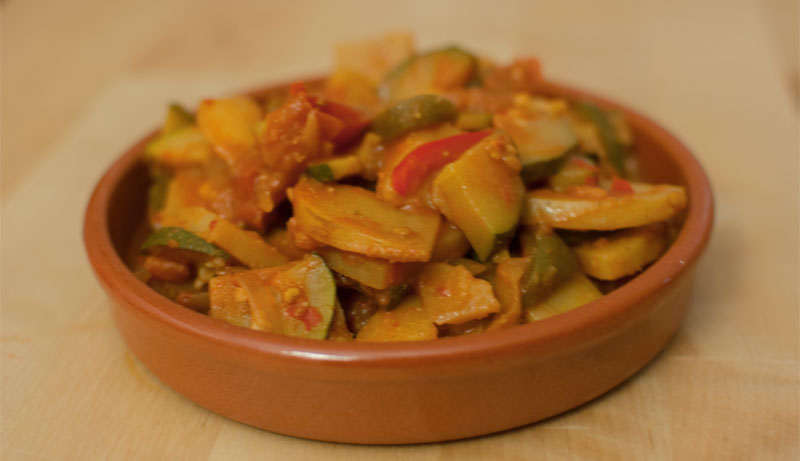 This Spanish vegetable stew is a Spanish recipe that looks a little bit like a  French ratatouille, a sautéed vegetable dish typical from the Mediterranean area, South of France. In this recipe you need to use Ñora pepper, a kind of dry pepper that is found easily in Spain. It´s used widely in Valencia and Murcia, where I saw it used to give more taste to the rice. Be careful not to replace it with the chorecito pepper, another type of dry pepper that looks very similar but tastes completely different.

I like a lot cooking vegetables in stew because it is a simple and tasty to make, and very healthy. Another recipe that I often prepare is the winter vegetable and pistou.

Optional : add a bit of parsley

The eggs are not really necessary, you can skip that part if you prefer.