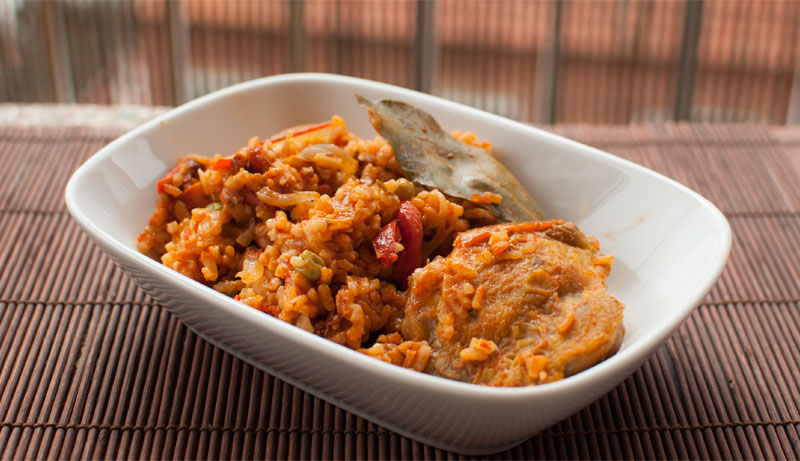 Rice in Spain is very appreciated and involved in any big family meeting, specially in the traditional meals of South Spain, where it is eaten directly in the cooking pan with a spoon, by all the guests, just like this Spanish chicken rice.

Rice is not just about paella, as it is usually perceived from abroad! It is accommodated in many different tasty ways  such as rice in broth, baked rice or paella style rice, and combined with various meats, seafood or vegetables. One of my favourite dish ever is the creamy lobster rice.

This rice recipe is coming from of a recipe from a very good Spanish cooking book, offered by my grandmother, to which I added a few tricks I have learnt here in Spain.

In this recipe you need to use Ñora pepper, a kind of dry pepper that is found easily in Spain. It´s used widely in Valencia and Murcia, where I saw it used to give more taste to the rice. Be careful not to replace it with the chorecito pepper, another type of dry pepper that looks very similar but tastes completely different.

The course is ready when almost all the water is gone. Sometime the rice can be crispy down the pot, which gives a nice taste.