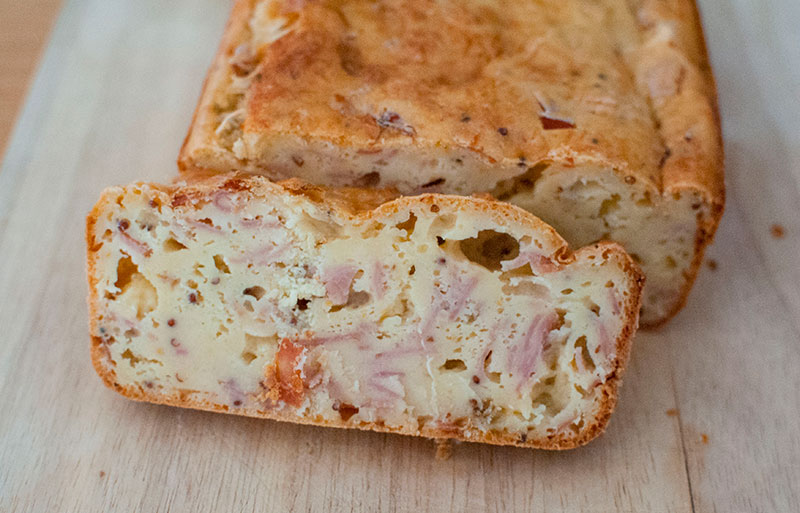 The ham and cheddar cake is a variant of the classic ham and cheese cake, enhanced with comté cheese, and a little bit of mustard and beer. It looks  like a surprising mix of ingredients at first sight, but the cake tastes sweet and strong at the same time, and the texture is spongy and everybody loves it.

The original recipe of the ham and cheddar cake comes from a famous French cooking book, “Les Cakes de Sophie”. As usual I have adapted the instructions a little bit: I put comté cheese instead of emmental cheese, because it is so good, and used grainy mustard ( “moutarde à l’ancienne” in French) for its sweet aroma, lighter than the traditional mustard.

Ingredient for a 9 in. rectangular cake pan: