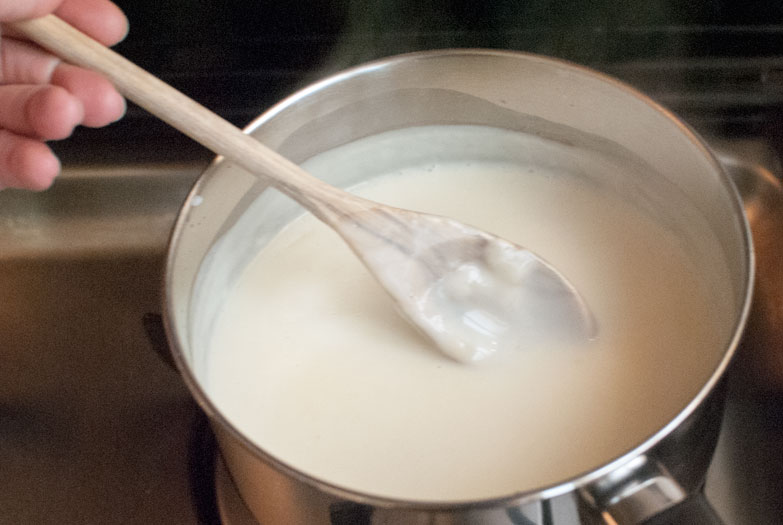 The bechamel sauce is used in many classic recipes such as lasagne, croquettes, gratins or eventually to accompany a meat. It is also known as white sauce in some countries. How to make an easy bechamel sauce? This easy recipe gives you all the tricks to prepare a delicious bechamel sauce, without sifting the flour .

The name of the bechamel sauce originates from the French chef Louis de Béchamail, who was one of Louis XIV’s butlers in the seventeenth century. He surely improved on an old version of another sauce called “roux” in French, a mixture of flour and butter, which is used in various dishes of French and Italian cuisine for even longer. Over time, the bechamel sauce has become a ubiquitous dish of international cuisine, and you can find it in many recipes such as lasagne, croquettes, gratins …

As always, you can find an industrial ready-to-use version  in supermarkets, but the homemade easy bechamel sauce is obviously tastier, and you can adapt the texture, light or heavy, regarding your needs.

How to make it work: