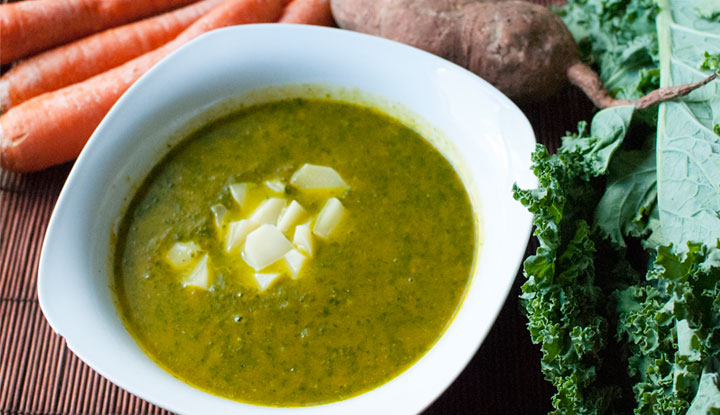 After Christmas and its huge meals, we generally appreciate a few weeks of light, healthy and easy to prepare food to sweep away the previous excesses, which makes soup a very successful option. My favourite winter soups are the pumpkin curry soup with sweet potato and the sautéed vegetables soup but I always like to try new recipes for a change, such as this kale soup.

The kale, or leaf cabbage, originated in Northern Europe and is mainly used in German and Dutch cuisine. Recently it became very popular for its many health benefits, among them high nutritional value, vitamins, minerals, antioxidants, as well as being low in calories.

How to make a kale soup? In this recipe I have used kale leaves with sweet potatoes and carrots, to give a soft and sweet flavour to the soup.