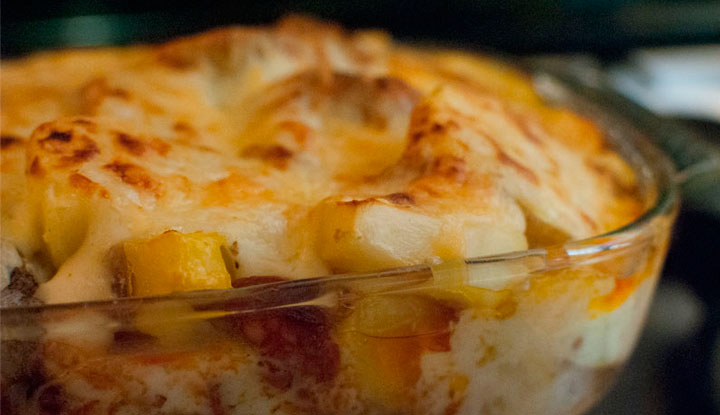 This potato gratin is a Spanish version of the famous french “Gratin dauphinois“, originate from the Alpes. There are many different ways to do it, but I specially like it with a home-made Béchamel sauce to make it very tasty and “fondant”. For the cheese, I really like the cheddar for any kind of “au gratin” dishes  such as the Ham and cauliflower gratin or a good  hot dog.

The original recipe of “Gratin Dauphinois” doesn’t contain any meat. I turned it into a Spanish dish by adding chorizo because I live in Spain and there is a huge variety of cooking chorizo, specially the Asturians Chorizo, which particularity is to be smoked, and fit very well into the potato gratin recipe.

You can eat it alone or with a salad side.