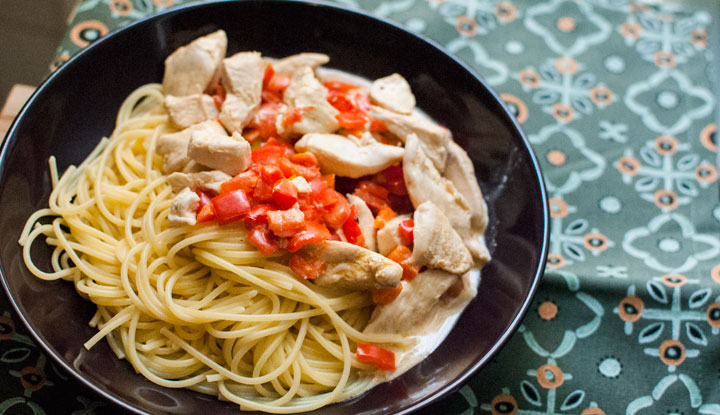 It feels like Summer is coming back again this week, so it is time to  prepare my easy chicken and red pepper pasta recipe. The nice thing about this dish is that all the ingredients, red pepper, chicken and cream, slowly cook together in a pan for about 20 minutes so the red pepper spread over them has a subtle flavour and pink colour. You can prepare the pasta in the meantime and have dinner ready in 30 minutes.

The idea of the recipe comes from a French community website, Marmiton.org, which I like a lot because many of the recipes featured are totally made up by the members, and you would never find them in a cookbook.

When it is finished, put the pasta in a large bowl or directly in the dishes, covered with the chicken and the sauce. If you want, you can decorate and flavour with freshly chopped basil leaves.